Office 2019 Features: What Makes A Product Worth Buying - Softkeyworld
Office

Office 2019 Features: What Makes a Product Worth Buying

If you’re looking to buy a new office suite, there’s no need to panic. Microsoft has just released Office 2019, which features an updated interface with an improved design and better collaboration tools. You can share your work in real-time by inviting others to collaborate on the same document at once or even chat back and forth from within the app! But don’t worry about compatibility – Office 2019 will still open all of your old files from previous versions of the software.

There are many reasons to purchase Office. You may want to buy it for yourself, for a family member or friend, or you might need it for your job. Regardless of the reason you have been considering purchasing Office 2019, there are some features that make this product worth buying. In this blog post, we will discuss these features and why they matter when making a decision about whether or not to buy Office 2019.

Office 2019 is a new Office suite that will be released on September 24, 2018, and it has some features you might not find on other versions of Office. The application includes Word, Excel, PowerPoint, Outlook, and OneNote. Microsoft also announced that they are going to bring the full version of OneDrive for Business to Windows 10 with the release of Office 2019.  However, there is one major difference between the two: Microsoft 365 includes all these applications while Office 2019 only includes them individually without access to any others (except for Exchange). So if you want to use Skype or Teams from within an Office product like Outlook or share your files with people who don’t have Office installed then you need either Cloud-based services like SharePoint Online or One Drive for Business or Microsoft 365.

There are many new features in Office 2019 that will help you be more productive and efficient. One of the most exciting is the introduction of Microsoft Forms, which allows you to create custom forms with a drag-and-drop interface on your desktop. Form templates can be customized with different questions, colors, fonts, layouts, and more! You can also use it as a free online form builder for non-commercial purposes or by adding an Office 365 subscription.

Office 2019 has some other great features like co-authoring in Word Online so that multiple people can work together on one document at the same time; Explore options for PowerPoint Online so that users have even more creative freedom when making presentations, and annotation improvements in Excel Online to make viewing charts and graphs easier.

Office 2019 Features: What Makes a Product Worth Buying

A Microsoft Office Suite includes programs such as Word, Excel, PowerPoint, Outlook, and Access in one bundle purchase. These four programs have been updated so they can better interact with each other along with new features being added into them including access to advanced templates when creating content which gives users more customization options than what has already existed before this update was made available on the Office suite.

– Word: new features include the increased compatibility with third-party software such as Google Docs and have an improved design for easier editing

– Excel: new feature includes a smoother user experience when creating or updating charts in order to make it more intuitive to use. Charts can now be created using data from external sources so they are automatically updated if that information is changed outside of Microsoft Office without having to redo all your work inside of excel itself

– PowerPoint: The animations have been redesigned along with new templates being available including customizable backgrounds, shapes, text styles, etc. making designing content much quicker than before where users had a limited selection of what was already preloaded into PowerPoint

– New security features: Office 2019 has been enhanced with new cybersecurity protections, including built-in malware detection and protection against phishing attacks

– Improved Skype integration: video chat can now take place in the same window that you are working on which makes collaborating much more convenient and intuitive. All conversations in Skype for Business have also integrated into Microsoft Teams making communicating both within teams and externally easier than before.

*Charts created using data from external sources automatically update if changes outside of the office without having to redo your work inside Excel itself – PowerPoint’s animations redesigned, along with new templates available like customizable backgrounds, shapes, text boxes, and more.

Office 2019 now has the co-authoring option so that multiple people can work on a document at once.

Office 2019 also includes Explore options in PowerPoint Online which allow users to be more creative when making presentations, and annotation improvements in Excel Online which make it easier for viewers to see charts and graphs.

Office 2019 has the most powerful data analysis capabilities on the market, with new formulas and wizards that allow users to extract insights from data in an easy way.

This also includes a more powerful pivot table builder which will make it easier for users to create reports based on their data.

With these updates, Office 2019 is able to offer a lot of value – not only can people work together at the same time when editing documents, but they can produce better presentations as well as do their analyses faster and more efficiently.

Those who use Office 2019 will have a lot to love about the new inking features.

This includes a drawing toolbar that allows users to sketch more freely, allowing them to switch between pen types (such as pen, pencil, highlighter) for whatever they need at that moment.

Another improvement is being able to rotate drawings with some ease – before this update, it was difficult if not impossible.

The new tools allow people who use these products on their computers or mobile devices alike can draw naturally without any difficulties whatsoever.

These are just three of many changes worth mentioning when talking about what makes Office 2019 so great.  While it does cost money upfront, there’s no question that it provides an incredible amount of value for those who purchase it.

Finally, if you are an outlook user, the new design will provide a better experience when you use this product.

This is an exciting time for the Office franchise, and it’s not hard to see why people have such positive reactions upon trying these new features out for themselves.

With all of these improvements, one has to wonder if there are any drawbacks in upgrading or purchasing Office 2019 outright – but that doesn’t seem like the case at all!  These changes make the software so much more efficient on computers and mobile devices alike.

There really isn’t anything about Microsoft Office 2019 worth skipping over when considering what options might work best for them as they go forward with their lives. This update makes it easier than ever before to get things done quickly without having to worry too much about the process.

Office 2019 is worth getting if you need it for work or creating professional documents, like reports and resumes. If you’re just looking for a productivity suite to keep in touch and create spreadsheets, then it’s not necessary. You’ll also need Windows 8+, the latest Internet Explorer, and NVIDIA graphic card drivers installed to run Office 2019 (which is new).

Office 2019 can be considered more of an application suite than a productivity suite. It’s worth considering whether all the applications applied will get used regularly before buying this application suite. A few examples of what those might be are ‘Mail Merge’ which accomplishes mail merges automatically with templates without needing to know code or scripting languages, PowerPoint Designer that makes designing presentations easy by displaying what the slides will look like on a large screen, and Office 365 integration for real-time collaboration.

What does Microsoft Office 2019 include?

It also includes access to the 1-month trial of Word+, Excel+ for Mac, and PowerPoint+. All of these are available on up to 5 PCs or Macs.

The company created these programs so you can work with others by making edits or sharing documents online while tracking changes or commenting on your work. These programs can also handle PDFs as well as local files. You’ll have access to advanced features like templates, charts that visualize data in different ways compared to charting typically found in other software programs such as Excel, exporting spreadsheets into specialized file-formats including CSV, DBX, XLSX, and HTML, as well as customizing your workspace.

This is an expensive product. However, it’s worth buying for the full Office suite if you need to work with other people on projects or share documents online that are not accessible by a read-only app like Google Docs (which doesn’t allow edits).

What are the benefits of Office 2019?

Office 2019 includes enhancements that will help you work smarter and more securely. You’ll find new approaches are built-in for getting things done across a variety of devices, servers, and online collaboration services.

Microsoft Office 2019 helps ensure your documents remain flexible so they stay current with the evolving needs of your company or organization. With support for XML-based file formats that take advantage of scheme-specific metadata in order to create personalized access control capabilities. So you can have greater flexibility in how you publish content online while maintaining security policies set by IT admins and administrators. And under Microsoft’s intelligent cloud strategy it has partnered with OneDrive, a team site in SharePoint Online, and OneNote to provide an intellectual experience that enables seamless integration between devices, data synchronization to the cloud, and discovery.

Office 2019 is the latest version of Microsoft Office suites, and you should buy it because here are five reasons. One, office 2019 has a familiar look to all previous versions and yet comes with plenty of new features that help make your life easier. For example, customers who used Outlook in their work lives now have access to Live Meeting which will let them video conference between networks from different vendors which was not an option before this most recent update. Two, Office 2019 includes three helpful security enhancements including document protection so they cannot be changed or deleted even if someone gains access to your computer and find passcodes and other documents easily understandable by human eyes only not a machine. Another enhancement is one-time passwords that will eliminate the need for you to enter a password every time it is used. And three, Office 2019 includes new and improved features in Excel which include natural language search enhancements so if you’re looking for an email with attachments from someone but can’t remember who sent it or what they said about them when they did then just type “attachments” into your document and click on the first file option.

In conclusion, these are five reasons why I would recommend this product to anyone considering getting Office 2019 because of how well-made it is by Microsoft who has been continuously improving its software since 1975. With all its newest features such as user experience enhancements, security improvements, better integration of AI technology like smart answers across platforms along many other innovative updates, it is worth your time and money to get Office 2019.

In summary, these are five reasons why I would recommend this product to anyone considering getting Office 2019 because of how well-made it is by Microsoft who has been continuously improving its software since 1975. With all its newest features such as user experience enhancements, security improvements, better integration of AI technology like smart answers across platforms along many other innovative updates, it is worth your time and money to get Office 2019. 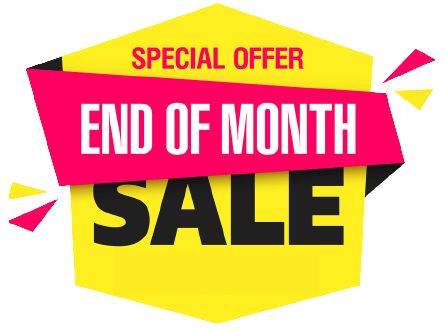